My work has appeared in The Nation, The American Scholar, The Journal of the New Alchemists, The Naropa Institute Journal of Psychology, and other magazines. 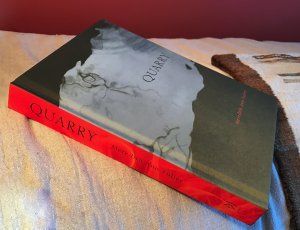 "Old mystery, old magic. Perhaps the oldest spell of all: to dress in the raiment of another—animal, woman, spirit.”

Quarry was awarded a starred Kirkus Review and selected as one of Best Indie Books of 2017.

Find Out More About QUARRY
or Purchase Your Copy Today 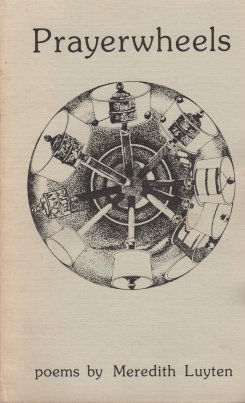 Hardback and paperback copies of Prayerwheels are no longer in print.  Individual poems will occasionally appear in the Field Observations section of the website and on my Facebook page, Meredith Ann Fuller, Author. Below is Psyche, a poem from the book.

The old house makes promising sounds.
My ears strain.
But I know that when
the true ghost comes he will walk in

sure-footed, much thicker than fog,
with a purpose
that sweeps away
all expectations. There will be no

comparison between his voice
and a squeaking door.
No confusion
between branches and his fingers.

As for you, my guesses may be
swallowed up
like quarter moons
in clouds, but in the total blackness

you keep presenting me with rough
and feathery shapes
that have no names
my breath could curve itself around. 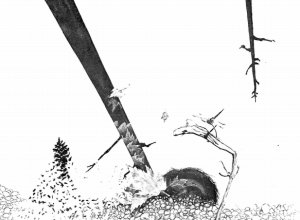 The Life of a Naturalist

The Journal of the New Alchemists published Meredith's article about the father of modern entomology, J. Henri Fabre.

Egolessness and the Borderline Experience